The platform was being upgraded to a modern version with a new design and I joined in to plan and moderate formal user testing on the beta site before rollout. My goal was to:

I started with a usability review, test planning and discussion script preparation for various user profiles and multiple task flows, while keeping the client engaged in the preparation activities.

I was going to moderate formal user testing sessions in multiple government departments in London and Edinburgh. We planned the sessions to take 45 mins on Desktop and Mobile sites. A client was going to support me with note taking while I record the sessions with Lookback to share with the team later. 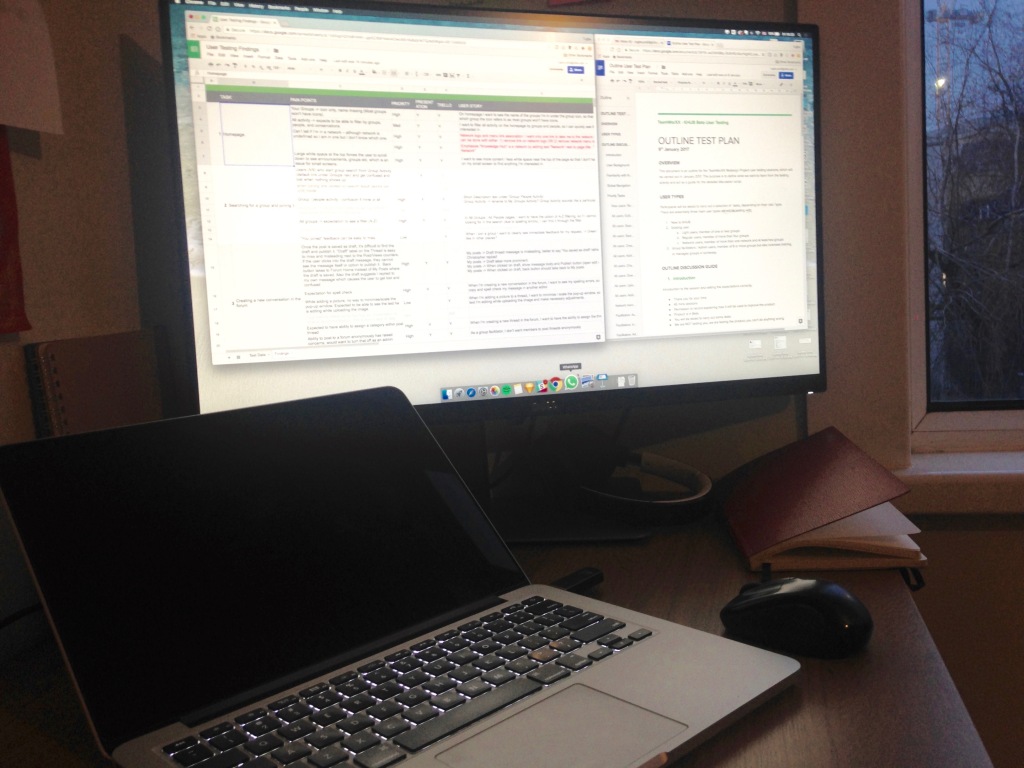 First day of testing was in multiple government offices across London. The participants had different experience levels and their own expectations from the platform.

I observed that heavy users of the platform needed more time getting used to the new design, while less regular users were more open to discovery.

I uncovered many areas for improvement on the first day of testing. These were mostly around the new navigation and out of the box features of the upgraded platform. This session also gave us a chance to find out alternative paths users take to complete a task.

“Can’t tell if I’m in a network – although network is underlined so I am in one but I don’t know which one” – Aiden, user

I visited a local government department in Edinburgh for the second round of user testing. Users in this office had a lot of experience using the old version of platform that is being replaced, so it was very important to observe how they find their way around the new design.

Tech savvy users were more willing to participate the mobile tests and they had very little issue performing the tasks on mobile.

Testing observations had provided me with many insights to come up with quickly achievable improvements. We had limited time before rollout so I prioritised the findings to make sure the dev team started working on the most important fixes first. These were:

1. Issues that prevent people from completing a task

2. Areas where a majority of users – including savvy ones – struggle with, even if they figure it out later

I presented the research and design recommendations to the client and development team using video clips and quotes from testing to get everyone on the same page and discuss next steps. The client agreed on how valuable the testing activity was and most of the suggested design improvements were quick to achieve before the release.